Posts Tagged With: United States Department of the Treasury

Why all of a sudden are they freezing CEO’S pay now , at 2011 time, why not when they got Taxpayer money in 2007 – 2009, are these the ones that they don’t like, they say the rest of them have paid back the money, has any taxpayer seen that money, NO, Obama has sent it to other Countries to help them, if not, then why have the taxpayers not seen it if it really has been paid back.

Can any one in this Country say where all this money is going besides entitlements that they are accusing to be the only problem, the problem starts with the Obama administration and the Politicians sitting on their OVER PAID FANNIES Dictating on what the American people are going to do, and one of the things they want the American people to do, Especially the Democrats, is to KISS Their Rosy Red Adam Henry’s and shut their mouths and do what they are told.

While the Rich get Richer the Poor get Poorer, our Government is trying to figure out who will get the scraps, the less wealthy, or just leave it with the Rich, and then blame the POOR for the shape this Country is in.

SORRY FOLKS SHIT RUNS DOWN HILL, AND THE GOVERNMENT IS AT THE TOP WHERE IT ALL STARTS FOR EVERY THING. 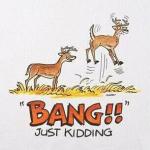