Posts Tagged With: Flag of the United States

More On Your Rights

Does the Constitution need a new amendment to ban the desecration of the American flag?

I don’t know about any one else, but this should be a crime punishable by death same as if you go out and kill some one in cold blood, PLUS, is it your right under the FIRST amendment to Kill a Bald Eagle just to protest, last I heard it was illegal to kill one any time, why is the Flag any different, it is the Symbol of this Country, it should be respected and not for some one to shit on.

To me that Flag means one thing, FREEDOM that this Country started in the beginning of this Country, and the people who died to keep it free, this also includes the Native Americans, who later were lied to, and to fly without being defaced in any way, other than being replaced when worn out, and when done by the proper people designated by the Government, and not just by any one.

If this Country allows the right to free speech to be used any way they want, then we will be no better than the wars going on in the Foreign countries today over who has control, you want a Civil War here then keep allowing people to do what ever they want, because the laws can never be enforced because of free speech rule.

This Country has to draw the line and stop pampering bleeding hearts when people break the law, and we have to send people to prison for PUNISHMENT, not LUXURY, go back to the chain gangs and make them work at hard labor, then maybe they won’t want to got to Jail or Prison if they knew they were not going to get pampered.

THE LAW IS THE LAW, ENFORCE IT!

An amendment to ban desecration of the American flag

Does the Constitution need a new amendment to ban the desecration of the American flag? Or is flag burning protected free speech? Vote now in our “Next 10 Amendments” project! END_OF_DOCUMENT_TOKEN_TO_BE_REPLACED

Is This Going To Be The End Of A Free Country?

I can see a lot of problems mentioned in this video, one is Republicans saved money on their campaign stage, while Democrats spent large amounts of money for theirs, and to this day they are constantly spending large amounts with no regards to Americans and Future Generations.
Look at the Obama seal on his webpage in 2008, impressive, an eagle ready to fly away, an American Flag slowly disappearing, and the Obama Symbol getting brighter. Listen to the video, it explains it in more detail.  http://youtu.be/GdtqtfXdR-c

http://alessatheisraeli.blogspot.com/2011/07/meaning-of-obamas-symbol.html This Possible meaning of it 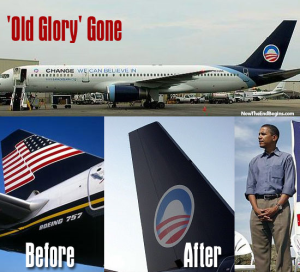 At the rate this Country is going down, I think Obama is going to try to get the Constitution and the Bill of Rights changed to where he can stay in Power as long as he wants.

This is a President that turns his back on the American flag when it is being honored, this is not a person who is for America and the Constitution, and wanting it to survive, he wants to see his own flag flying over this Country. 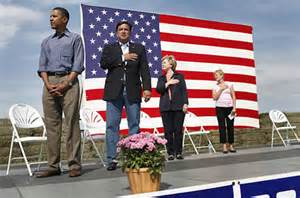 He has good intentions, but he has a problem with America and it’s people, I am not just talking about whites, I am talking about all American Citizens, he has divided this Country since day one, it is like he is out to destroy all working class people, and make them his slaves where you have to answer to him, well look around, just about every thing has his symbol on it, just like in Hitler’s reign of terror.

Red White and Blue What does it Mean

One thing the Red White and Blue is not, it does not stand for Piece, Freedom and the law of the Constitution of the United States, it now stands for Lying, Cheating, and deceiving, and now Corruption.

Our Government today does not recognize what our flag means, they say that they Pledge Allegiance to the flag every day before they start the day, but do they really honor it for the true meaning, or just to stay on the side of people who do believe in it. END_OF_DOCUMENT_TOKEN_TO_BE_REPLACED

Tempers are flaring over a version of the American flag flying in Lake County. A veterans group says the flag is an outrage.

The flag, which features a picture of President Obama, was taken down Tuesday afternoon.

“I can’t describe how upset was because you just don’t do that to the American flag,” Van Beck said.

“Joseph Stalin, pictures of Mao, pictures of Adolph Hitler. The pomp, the ceremony — the flags like that,” Masterjohn said….