Pierce Transit Seeks Tax Boost, or Funds is Expand I 5

Pierce Transit wants you to pass a TAX INCREASE to open up  Bus routes that they closed for shortage of money, or was it because of misuse of funds spent on other things, NOW if this tax passes, how much of this money will go to Bus Service or some thing else and not to State Highway funding to increase more TRAFFIC and POLLUTION to Pierce and King County, that will bring in more traffic from Counties that DON”T have to PAY for E-CHECK to be able to drive their cars.

Is Thurston County going to Pay for this increase TOO, How about the federal Government, these Buses go on the Base, so they should be paying this tax if approved.

People of Pierce County, do you want to be one of the most polluted Counties because of other Counties that come in to keep it that way with out the Penalties that we pay.

Residents of Pierce County is this what you want, I don’t because I don’t like getting ripped off by a law that says that I have to go through E-CHECK, or I can not get my License Tabs, NOW is this fair to the resident who have to pay this tax while others don’t, Especially a County that sets laws that every one has to follow, this is what you call PRO-FILING who is going to pay and who is not.

I-5 traffic improvements between Tacoma, Olympia 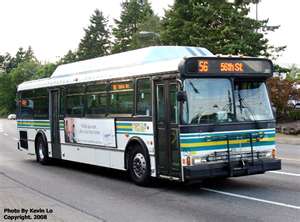 Insert from article [Bliss Moore of Tacoma said he’s in favor. Better bus service not only helps riders, he said, but also the environment by taking cars off the road.]

The first place to start is Thurston County who does not have to have E-CHECK to drive and work in Pierce and king County, there is where you start and make them ride the bus if they want to enter Counties that have E-CHECK, or Discontinue E-CHECK in Washington State totally and permanently.

READ PAGE Focus on I-5 and Thurston County.

One Question HOW MANY people who want this, ride the bus every where they go, or are they the ones that say, Don’t Do As I Do, Do As I Say, like a lot of those with money say, but it is not for them, because it is below them to ride the bus.

An other point, on some of the buses you need Three point Seat Belts and Helmet because of schedules that have buses speeding and taking chances to stay on time because schedules are so tight.

First place you start is the waste done every year, Second get rid of dead wood, or people who are not needed in the office building, like people who drive around following buses around, that is what tracking devices are for, you only need Three supervisors for three shifts, but there is a lot of waste that is done by public Operations every year that has nothing to do with keeping buses moving.

How much money is spent on things that have nothing to do with keeping buses moving, like billboards,arts and crafts, it is not the place for taxpayer money to use it for any thing other than Operations and safety.

And they want to charge Taxpayers of Pierce Country, look at Olympia’s free ride compared to local riders, start with FARES First before they go after Pierce County taxpayers, if they want to go to events in Seattle make them CHARTER A BUS.