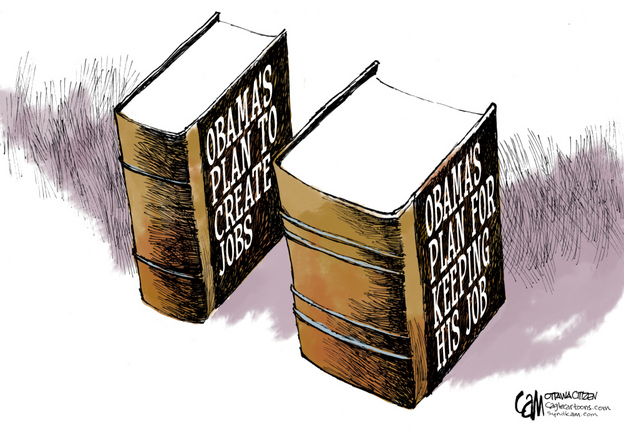 This the only thing I have heard or seen about Obama’s job plan, Insert: ( Senate Democrats planned action first on a longshot plan to help states hire teachers, police and firefighters.) this has nothing to do with the rest of Americas looking for a jobs.

Insert: (Obama is pitching a $35 billion proposal of aid to states, one slice of his overall bill.) Look who it is going to, and just think where it will end up??

I can go on, but as it stands, the news media is doing their best to sway voters to Obama any way they can, the Republicans are not the only problem in Washington DC, Democrats are just as guilty, but not according to the news media and Obama and his Democrats, and Czars.

Obama will always blame Republicans, because he 500% Democrat, and according to them they do nothing wrong, well it is the Democrats that took us where we are now, HOW, if you look back you will see that the Democrats were in control for TWO years while Bush was in Office, or don’t you want to remember, so now it is all Obama and the Democrats problem along with his Czars NOW.

FLETCHER, N.C. (AP) — Railing against Republicans, President Barack Obama on Monday pushed for a jobs package that Congress is splintering into pieces, as Senate Democrats planned action first on a longshot plan to help states hire teachers, police and firefighters. In campaign mode on the road, Obama accused Republicans senators of saying no to helping Americans.

With the president’s plan for one big bill now dead, the Senate began moving to take up parts of it. Yet given that the Senate is likely to be consumed this week with an overdue spending bill — and then taking a vacation next week — any votes may be not take place until November.

Senate Majority Leader Harry Reid planned to announce on Monday that the chamber would move first on the aid to states. Obama, on a bus tour through the politically crucial states of North Carolina and Virginia, made a coordinated push for that element of his bill and mocked Republicans for forcing a piece-by-piece approach to his jobs legislation.

Republicans in the Senate rejected consideration of his whole $447 billion plan last week.

“Maybe they just couldn’t understand the whole thing at once, so we’re going to break it up into bite-size pieces,” Obama said from his first stop in Western North Carolina before getting on his black-tinted bus and heading east across the state.

It is a non-starter in the GOP-controlled House and is sure to face a vote-blocking filibuster in the Senate, which would require 60 votes to overcome. Last year, when Senate Democrats controlled 59 votes, moderate Republicans Susan Collins and Olympia Snowe of Maine voted with Democrats to pass a $26 billion state aid package. But with their numbers down to 53, Democrats appear stuck.

Outside Asheville, N.C. a supportive crowd in broke into a chant of “four more years” for Obama. Said the president in response: “I appreciate the four more years, but right now I’m thinking about the next thirteen months.”

Republicans denounced the bus trip as nothing more than a taxpayer-funded campaign trip through two must-win states to try to bolster his standing for the 2012 election.

Obama kept up his strategy of taking his case to voters, saying that a recent poll showed public backing for his proposals.

He told his audience that when Republicans in the Senate voted against his bill, “essentially, they said no to you.”

Obama spoke from an airport outside Asheville, N.C., that he said could benefit from his $50 billion proposal to help fix airports, roads, bridges and other infrastructure.

After his remarks and plenty of hand-shakes, Obama was headed east on his bus — an impenetrable-looking vehicle painted all black with dark tinted windows.

Obama first used the custom-made bus during a similar road trip in August, when he traveled through Minnesota, Iowa and Illinois. The Secret Service purchased it for $1.1 million.

House Republicans also touted legislation due for a vote next week to repeal a law that would require the withholding of 3 percent of payments to government contractors. The measure was enacted in 2005 by a GOP-controlled Congress to try to ensure that contractors couldn’t duck their taxes.

While Obama has pledged to travel the country pitching his plans to get Americans back to work, his stops have focused heavily on political swing states, underscoring the degree to which what happens with the economy is tied to Obama’s re-election prospects.

Despite Obama’s calls for urgency, it appears the lawmakers may not take up individual components of the president’s bill until November, at the earliest. The Senate is set to debate appropriations bills this week, and lawmakers have a scheduled break at the end of the month.

The president will also speak at community colleges, high schools and a firehouse as he travels through North Carolina and Virginia this week.

Both North Carolina and Virginia are traditionally Republican leaning, but changing demographics and a boost in voter turnout among young people and African-Americans helped Obama carry them in 2008.

But nearly three years after his historic election, the president’s approval ratings in both states are sagging, in line with the national trend.

The conservative advocacy group American Crossroads planned to run television ads in both states during Obama’s trip, criticizing the president’s jobs proposals as a second round of stimulus spending.